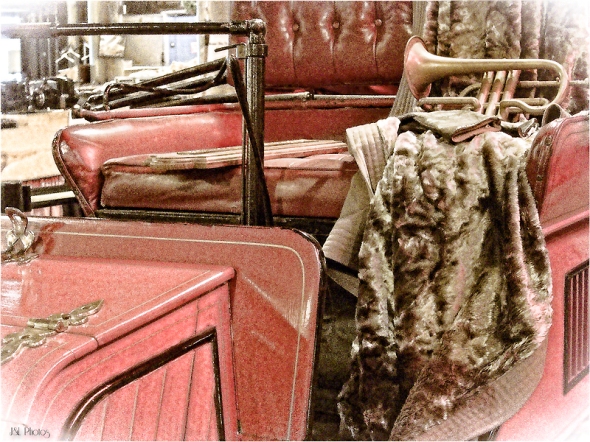 Nicknamed the “Kenosha Cadillac,”  Nash had its roots in the Rambler which was first manufactured in Kenosha, WI by Thomas  B. Jeffery in 1902. By the end of the year Rambler produced 1500 autos which accounted for one-sixth of the existing cars in the US.  In 1914 it was renamed the Jeffery and in 1916  the company was purchased by Charles W. Nash.  In 1954 the Kenosha company became the American Motors Corporation under chairman and CEO George W. Rommey, father of Presidential hopeful Mitt Romney and the 43rd Governor of MI.  US production ceased in Kenosha in 1969.

This entry was posted on January 21, 2012 by John & Lois. It was filed under Cars, Hartford Auto Museum .