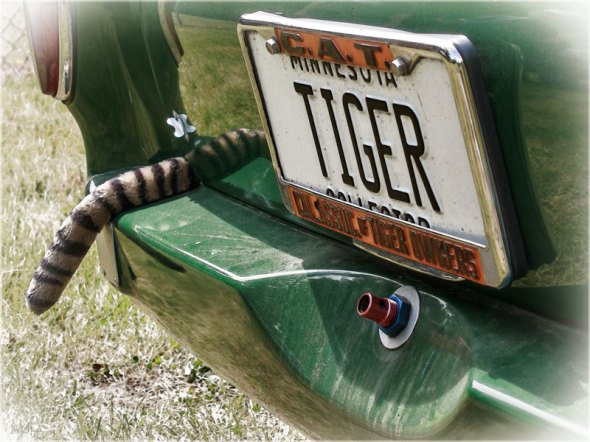 The British Sunbeam Alpine became the Sunbeam Tiger in 1964 when it followed the lead of Caroll Shelby’s AC Cobra and stuffed a Ford V8 under the bonnet (hood) of its British roadster.  This zany Tiger race car seems to have stuffed its namesake into its boot (trunk) as well.