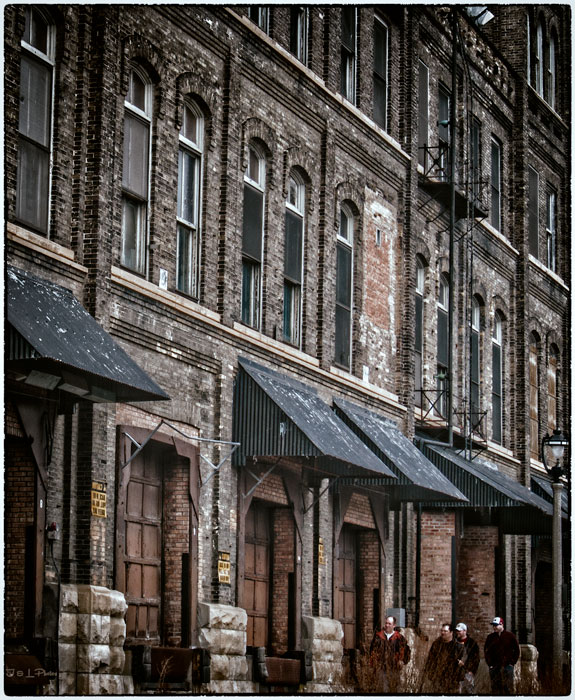 . . . without checking Milwaukee’s events calendar.  We were aware of the NCAA tournaments being played, but we never considered they were being held in the Bradley Center when we on a whim decided to visit the city.  We got stuck in bumper to bumper traffic next to this decrepit and abandoned brewery in single lane traffic as carloads of fans ahead of us attempted to park on the side or enter full garages.  (At least the Badgers won.)