The mirror was warped.  That’s our story and we’re sticking to it.

We found the countries represented on this orb-featured circus wagon very interesting.  Did Barnum and Bailey ever tour Down Under?

An elephant showcases strength, dexterity and gentleness as a circus family passes on its heritage to the next generation. 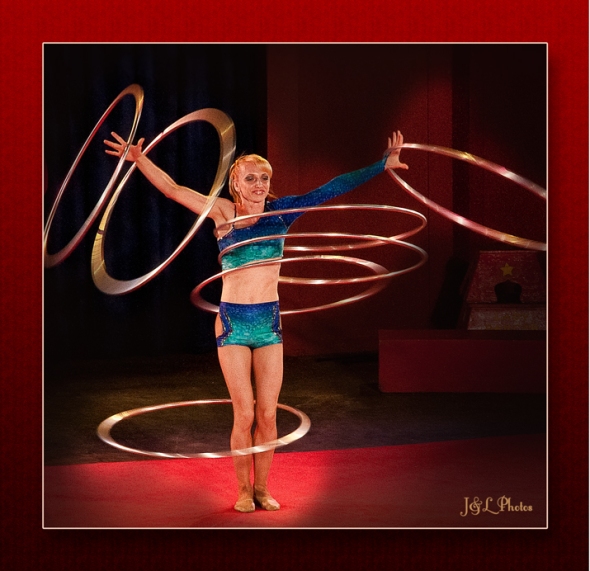 Seven rings all going at once.  We remember having problems with one Hula Hoop.

One canine pushes the other on a swing as their trainer steadies their swing set.  All three were stars in our estimation.

Five juggler’s bottles fly to and from a performer as he balances on five unconnected objects under the Big Top. 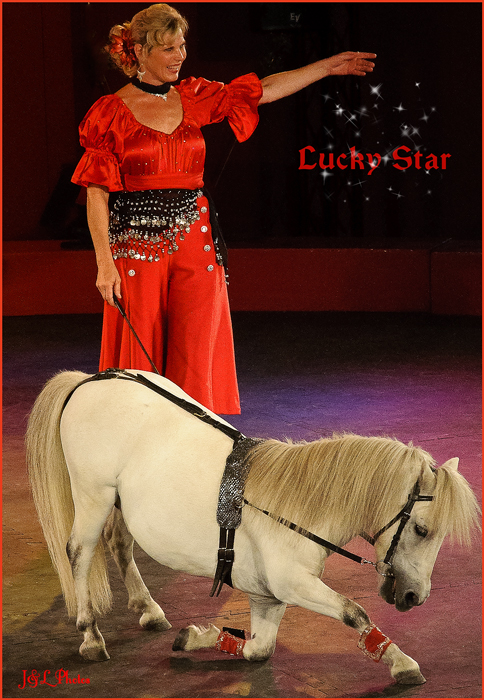 Lucky Star may be small in stature, but certainly is big in terms of performance.  Here he takes a bow as the audience responds with well deserved applause.  His owner/trainer carries on a family tradition as she returns to Circus World with her trained horses.

Lady Dancer and her miniature co-star Lucky Star work together under the big top of the Hippodrome at Circus World in Baraboo, WI.  The two performed their roles of big and little flawlessly.  We learned that a miniature horse differs from a pony in that the former retains the proportions of a full size horse and a pony has shorter legs in proportion to its body size.