You’ve Got A Friend 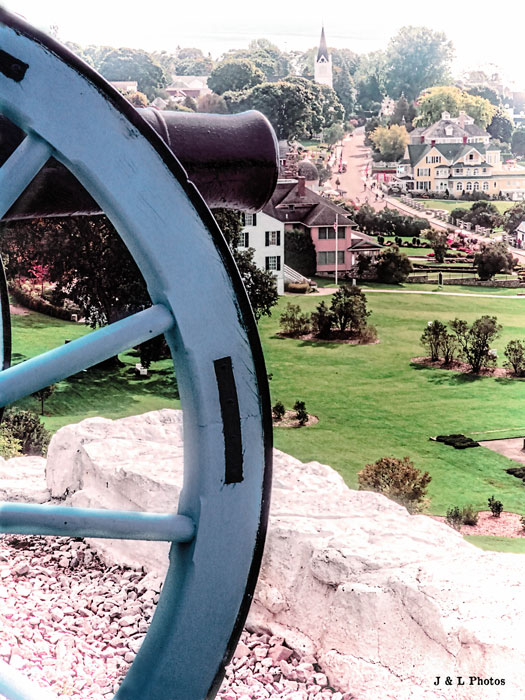 In 2005 Fort Mackinac celebrated standing guard over Mackinac Island for 225 years. Next year this cannon will symbolize a 235 year friendship with the island. 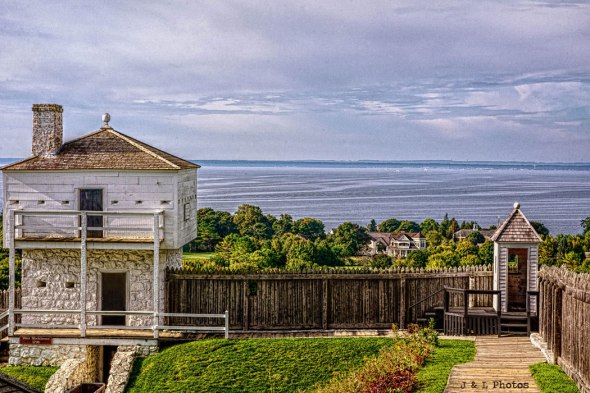 After the War of 1812,  Fort Mackinac was no longer needed to defend the border from the British in Canada.  Mackinac National Park, including the fort,  became the second national US park in 1875 (Yellowstone is the first).  In 1895 the fort was closed and given to the state of Michigan, making it the state’s first state park. 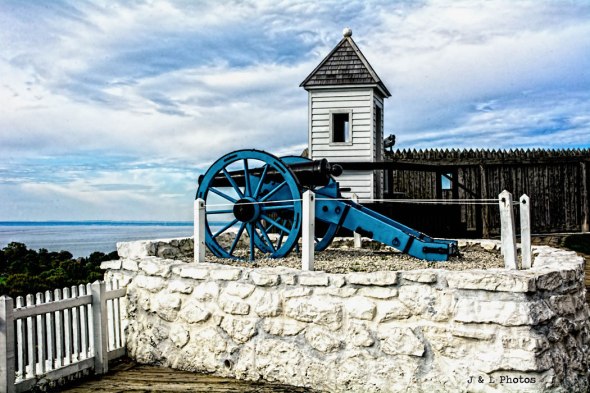 Fort artillery was instrumental in wiping out enemy attackers.  Unfortunately for US troops, the blue uniforms were on the receiving end of the British ordnance.

The blue uniforms of the US Army never defeated the British at Fort Mackinac.  Ironically,  the US Army re-enactors also had problems firing their muskets; however, when they did fire, they scored a round of applause.

Fort Mackinac was the second Fort built in the UP by the British, who did not relinquish it to the Americans  until 1796, fifteen years after American Independence. The British took over the fort a second time at the beginning of the War of1812, defended it through the 1814 Battle of Mackinac Island and once again relinquished control to the US Army in 1815.

Fort Mackinac was built on Mackinac Island by the British during the American Revolutionary War to control the Straits of Mackinac between Lake Michigan and Lake Huron.  Strategically it was a much better location than Fort Michilimackinac.

Tourists can sing the Beep Beep Song all they want as they join the island traffic, but they will hear no car horns during their stay.

The secret of living on Mackinac Island is to get along without motorized vehicles which are banned from operating on the island.

We arrived early before the inn crowd hit the business district.  The Grand Hotel is one of numerous inns available to tourists and vacationers.

Sometimes When We Touch

We took the early morning ferry to Mackinac Island.  The crew executed a smooth docking. 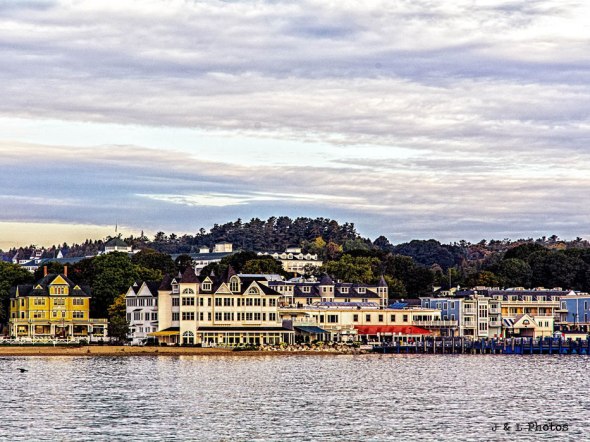 Someone has to clean up. 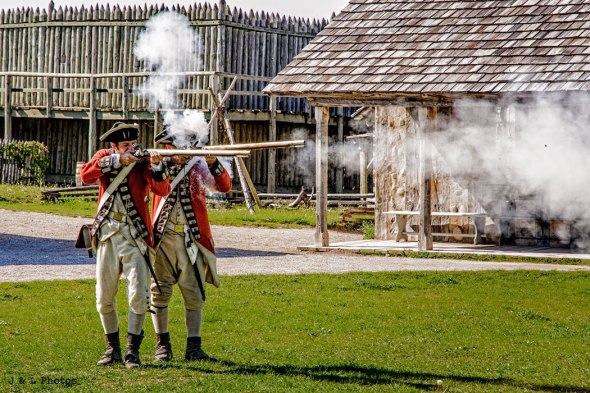 British Grenadiers could load and fire their muskets in a mere 15 seconds;  however, since the bores were smooth without spiral rifling, accuracy was pretty much hit or miss.

Mind Your Own Business

Traders and trappers set up businesses on the shores outside the fort walls during the summer months during the 18th century.

Fort Michilimackinac in Mackinaw City, MI was replicated in 1933 by the WPA and a more accurate reconstruction started in 1960.  Development has continued every summer making it “the longest running archeological dig in North America.”  The fort was originally built in 1715 by the French and these walls were expanded several times during the French and British occupation.

Which Side Are You On

Located on the other side of the Mackinac Bridge in Lower MI, Fort Michilimackinac was originally home to the British and the French.

The Mackinac Bridge after sunset.

In The Still Of The Night

To the west of the Mackinac Bridge.

Late In The Evening

The Mackinac Bridge connects the Upper and Lower peninsulas of the state of Michigan.  It currently has the third longest suspension span in the U.S at 3800 ft. and has a shoreline-to-shoreline length of five miles.  Dusk.

Crossing the straits of Mackinaw became easier with the completion of the Mackinaw Bridge in November 1957. Main passage prior to its construction was via ferry.